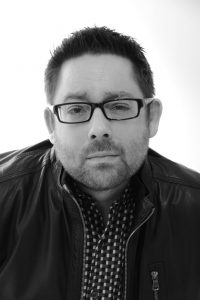 The English conductor, organist and composer Andrew-John Smith, has been variously described as “hugely talented” (The Observer), “mightily impressive” (Fanfare USA), and “deeply compelling” (International Record Review). His “artistry….commanding sense of architecture [and] breath-taking musicality” (Gramophone) contribute to a reputation for insightful and persuasive interpretations across a number of genres. He has performed, broadcast and recorded across Europe and has worked with a number of distinguished instrumentalists, singers, period ensembles and chamber orchestras.

Among the distinguished musicians and ensembles with whom he has worked are the Academy of Ancient Music, the King’s Consort, the Quintessential Sackbut and Cornett Ensemble, Concordia, Crispin Steele-Perkins, Robin Blaze, James Bowman, Mark Levy, Elizabeth Kenny, Christopher Glynn, Thomas Hobbs, Ben Hulett, Carolyn Sampson, Katy Watson, James Galway, Leslie Howard, Robert King and Christopher Hogwood. He is conductor of the much lauded chamber choir, Consortium, whose recordings of Brahms and Reger for Hyperion have been universally well received. The latter was awarded Classic FM magazine’s ‘recording of the month’ in January 2011 and prompted Gramophone Magazine to write that “one suspects this repertoire could have found no better exponents”. He has been Director of Music at the central London church of St. Peter’s, Eaton Square since 1997. 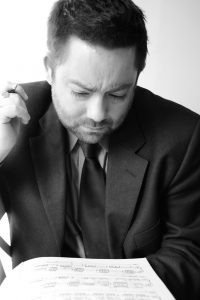 He studied as an organ scholar at New College, Oxford and the Amsterdam Conservatorium, and was a prize winner in the examinations of the Royal College of Organists. He has been a finalist for the Grand Prix de Chartres, and a prize-winner at both the Royal College of Organists’ ‘Performer of the Year’ and the St. Albans’ International Organ Festival. Concerto performances have included Rheinberger at St. John’s, Smith Square with the National Musicians’ Symphony Orchestra and Poulenc and Saint-Saëns with the English Chamber Orchestra. His series of Saint-Saëns organ works from La Madeleine, Paris, has been received to great critical acclaim in many countries and for which Smith was described by International Record Review as “in a class of his own”. His compositions include commissions for choir, voice and chamber ensemble and he has published several articles on aspects of organ repertoire. In addition he has given both choral workshops and organ master classes.